The challenge was to decide whether a 2D point is within a given distance to a rectangle, which might be rotated. I first solved this in C# but then decided to remake it in Python to graph/test my solution. [Read More]
Tags: script, python, matplotlib, interview

Plotting art on a graph 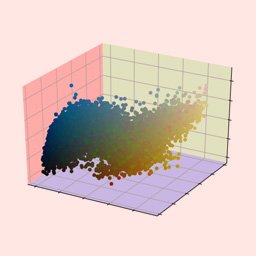 I found some beautiful scatter plots of famous art and took it as a challenge to recreate them! I naturally turned to Matplotlib to graph the colors as 3D Positions. [Read More]
Tags: script, python, matplotlib

I recently saw a giant list of links to Udemy courses, in the form below. I found this unwieldy and impossible to read, so I wrote a python script to extract out the titles and add formatting. [Read More]
Tags: script, python, regex

With this post I intend to explain the math behind A sketch-based Interface for Detail-Preserving Mesh Editing, a whitepaper presented at SIGGRAPH. Their method allows one to easily make selections on a model and modify the geometry, silhouette, and other properties. My slideshow explanation The slides above was my original... [Read More]
Tags: graphics, whitepaper 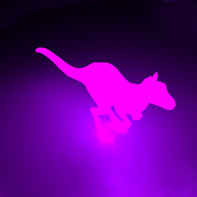 With the help of a friend, Seán Ceallaigh, we built a graphics shader that simulates the light that hot objects give off - black-body radiation. This effect causes stoves to be red and stars to look whitish-blue. [Read More]
Tags: graphics, java, sim